The old rear bumper was bent and would't allow the trim to be replaced on the offside rear.

I bought a second hand heavy duty bumper from ebay for £80 - It didn't fit at all.

So out came the angle grinder and now it fits. 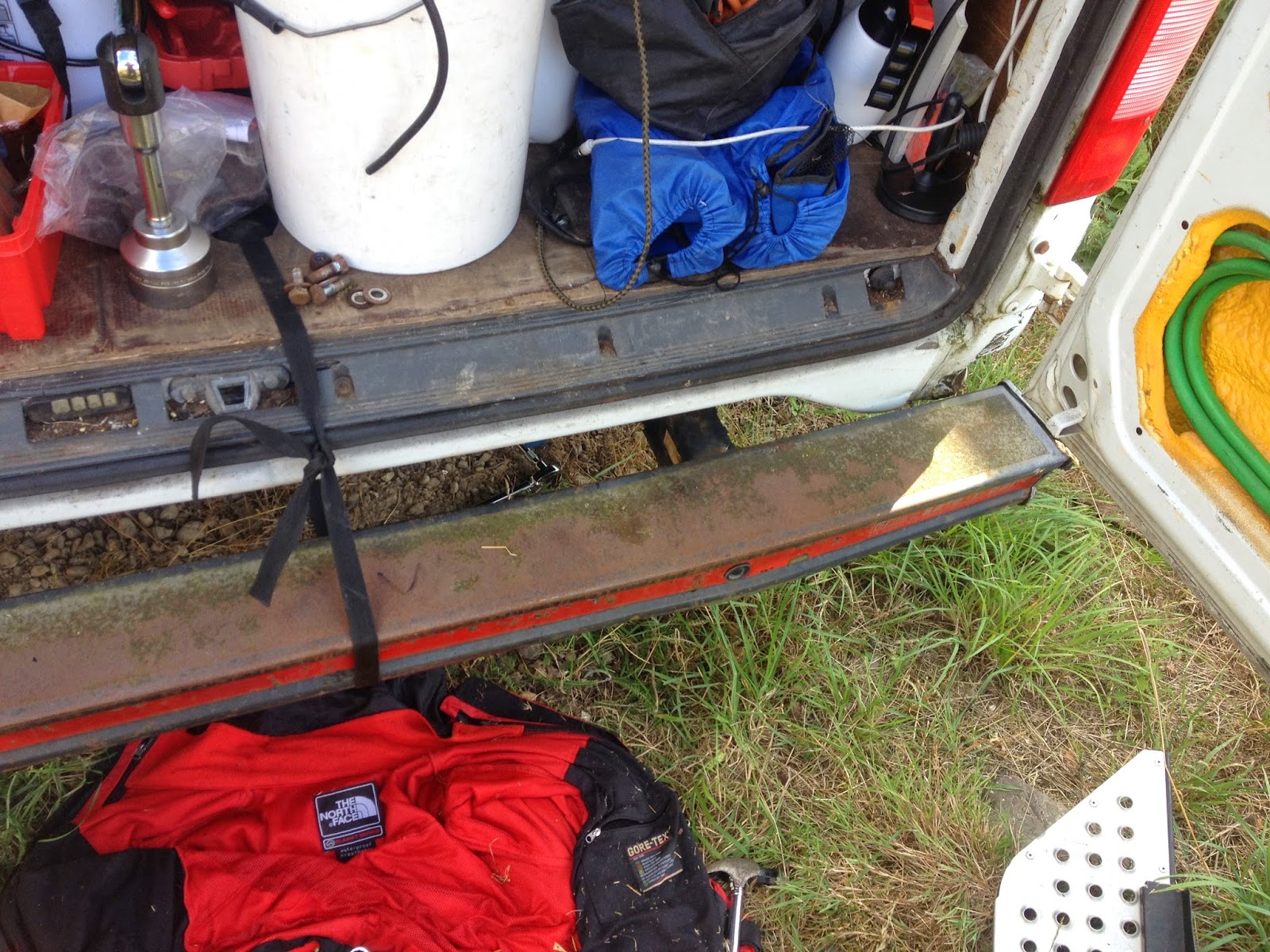 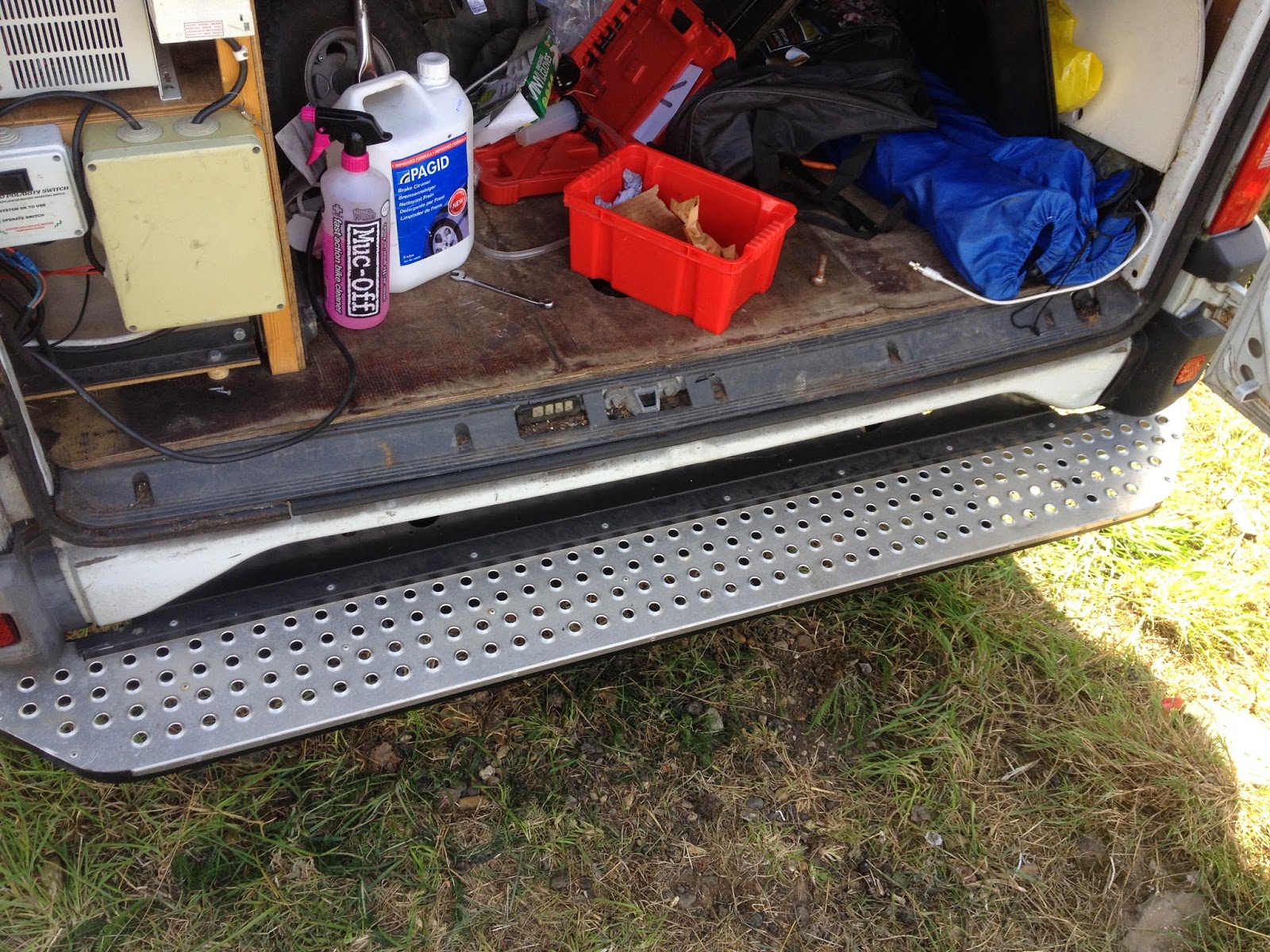 I had to move the generator exhaust to exit to the rear nearside behind the bumper, but it looks far better.
Posted by Stealth Camper at 09:24 5 comments:

Replaced all the rear callipers and hubs then bled the brakes.

I started the engine and pushed the brake pedal that was firm. It went to the floor and as I looked under the van i saw fluid raining onto the floor from several locations.

Fortunately I had spare pipe and tools to repair it so everything brake wise is now brand new from from the engine bay to the rear wheels. 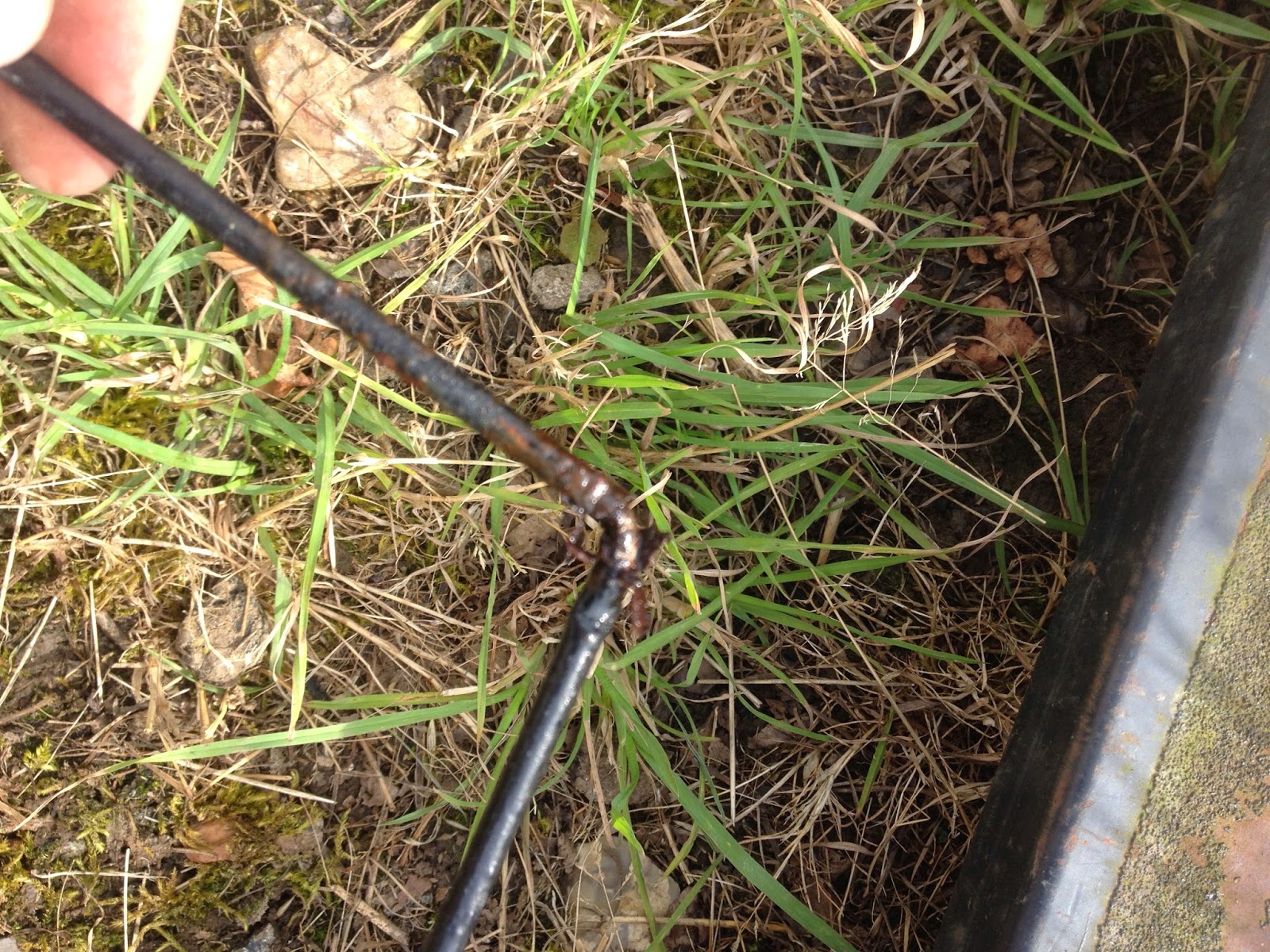 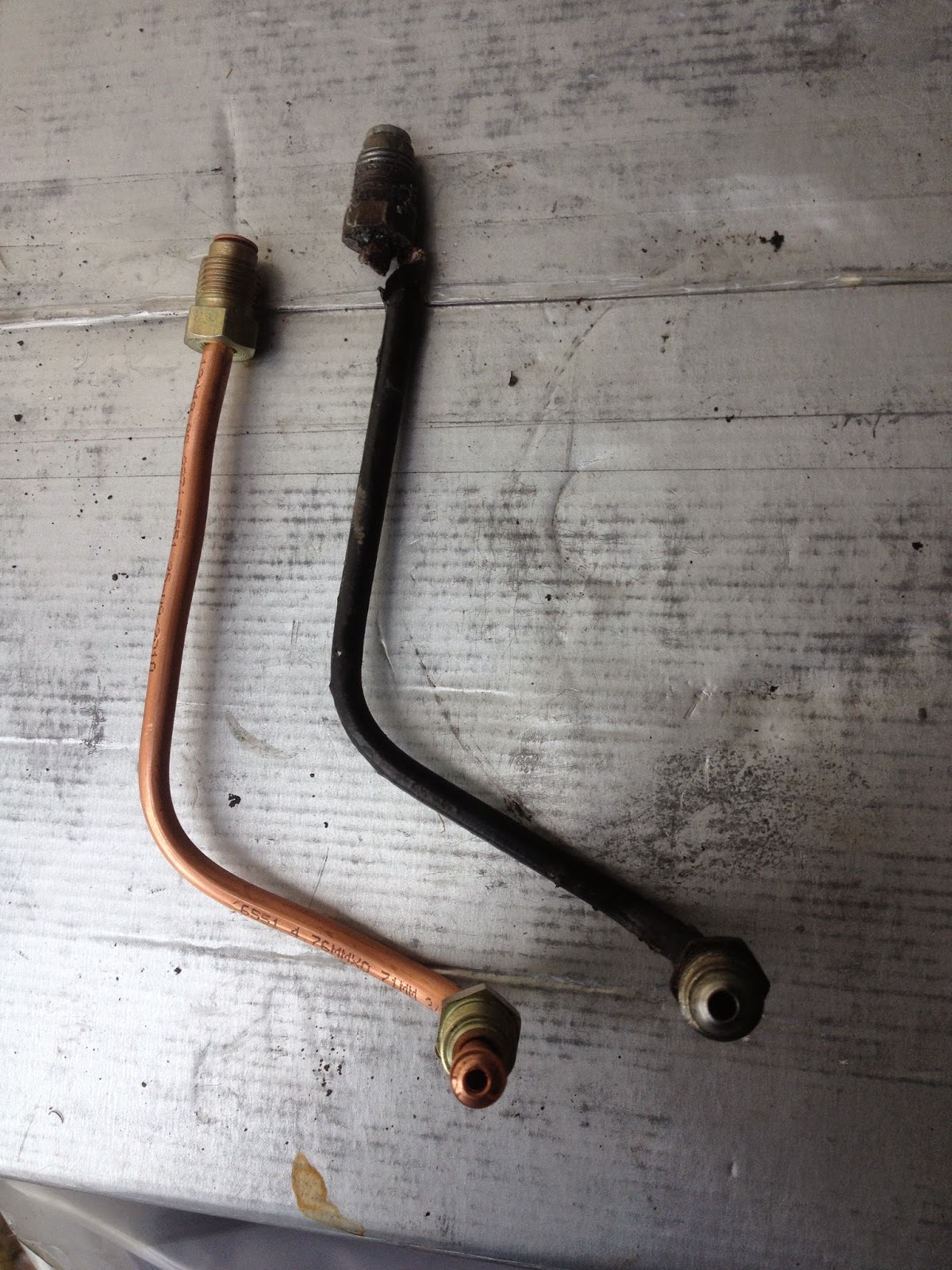 Posted by Stealth Camper at 09:20 No comments: 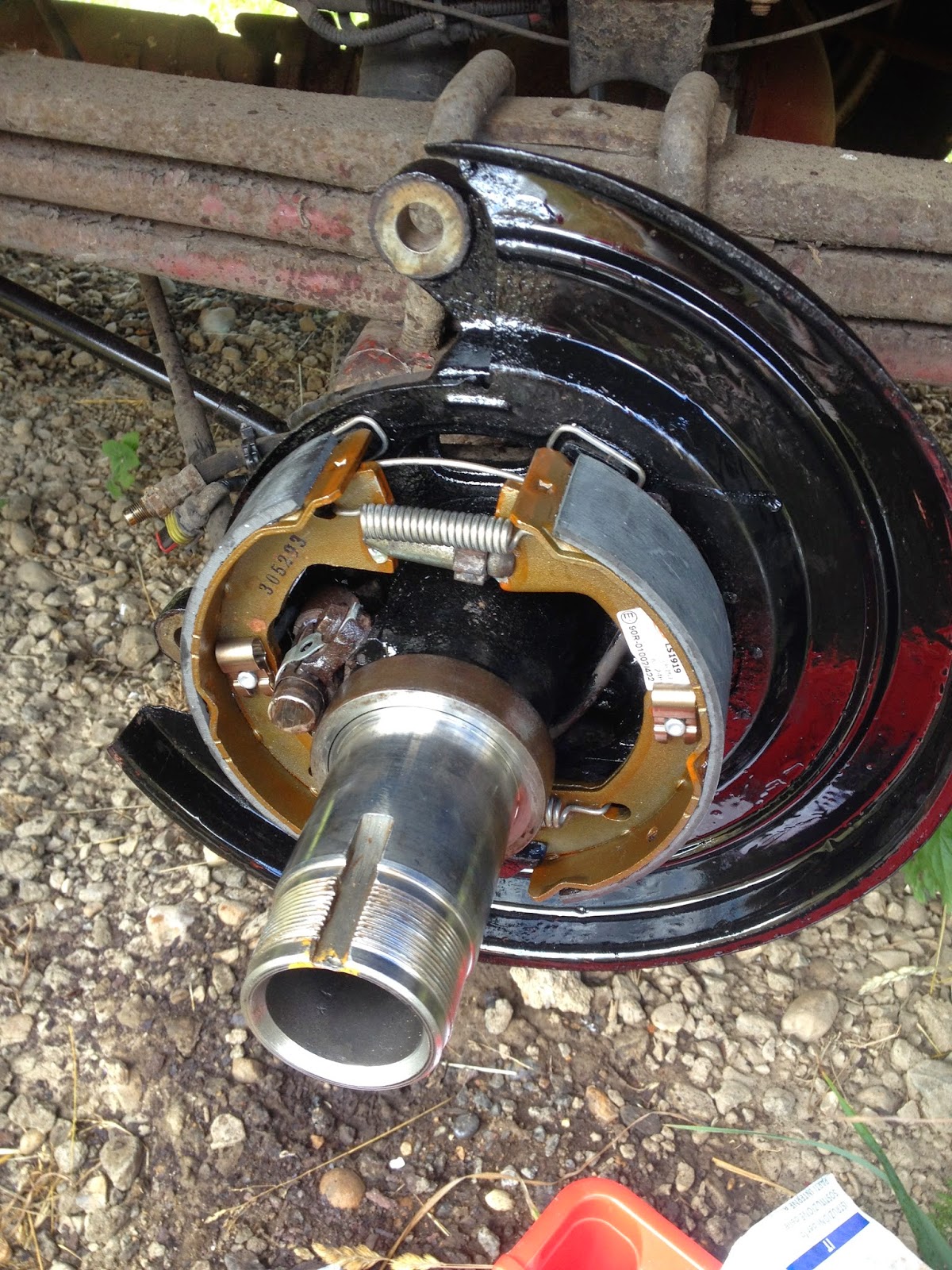 So I finally got round to stripping the end of the axle down. It appears that the holder for the ABS sensor had snapped also and mashed the inside of the wheel. I have cleaned everything and re painted all the parts I can get to. The calliper was also manky so thats getting the same treatment.

I have also bought new discs and pads for the front and a new rear bumper and trim.

I have plans to make my own double glazed side window. 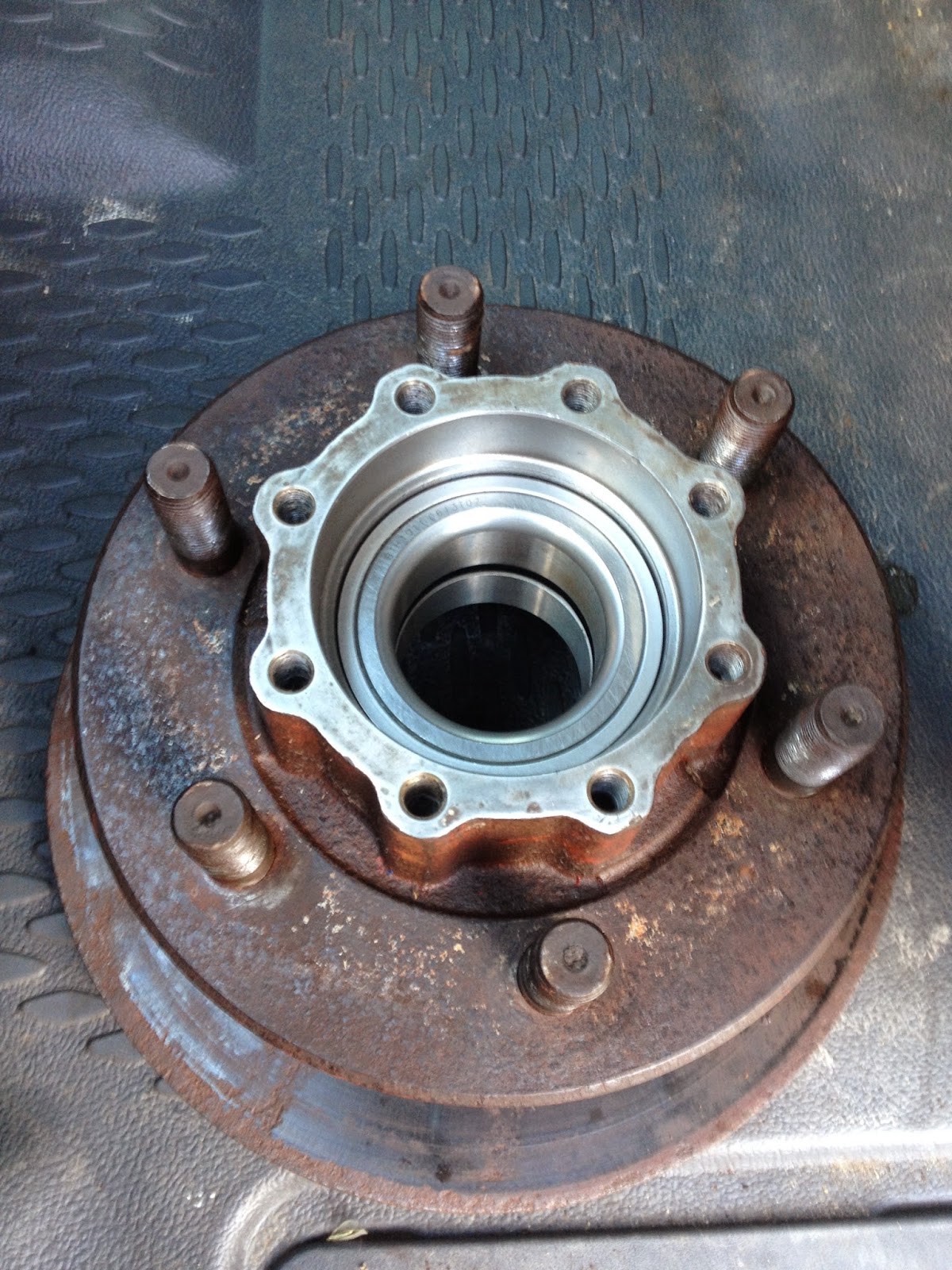 Posted by Stealth Camper at 10:46 No comments: 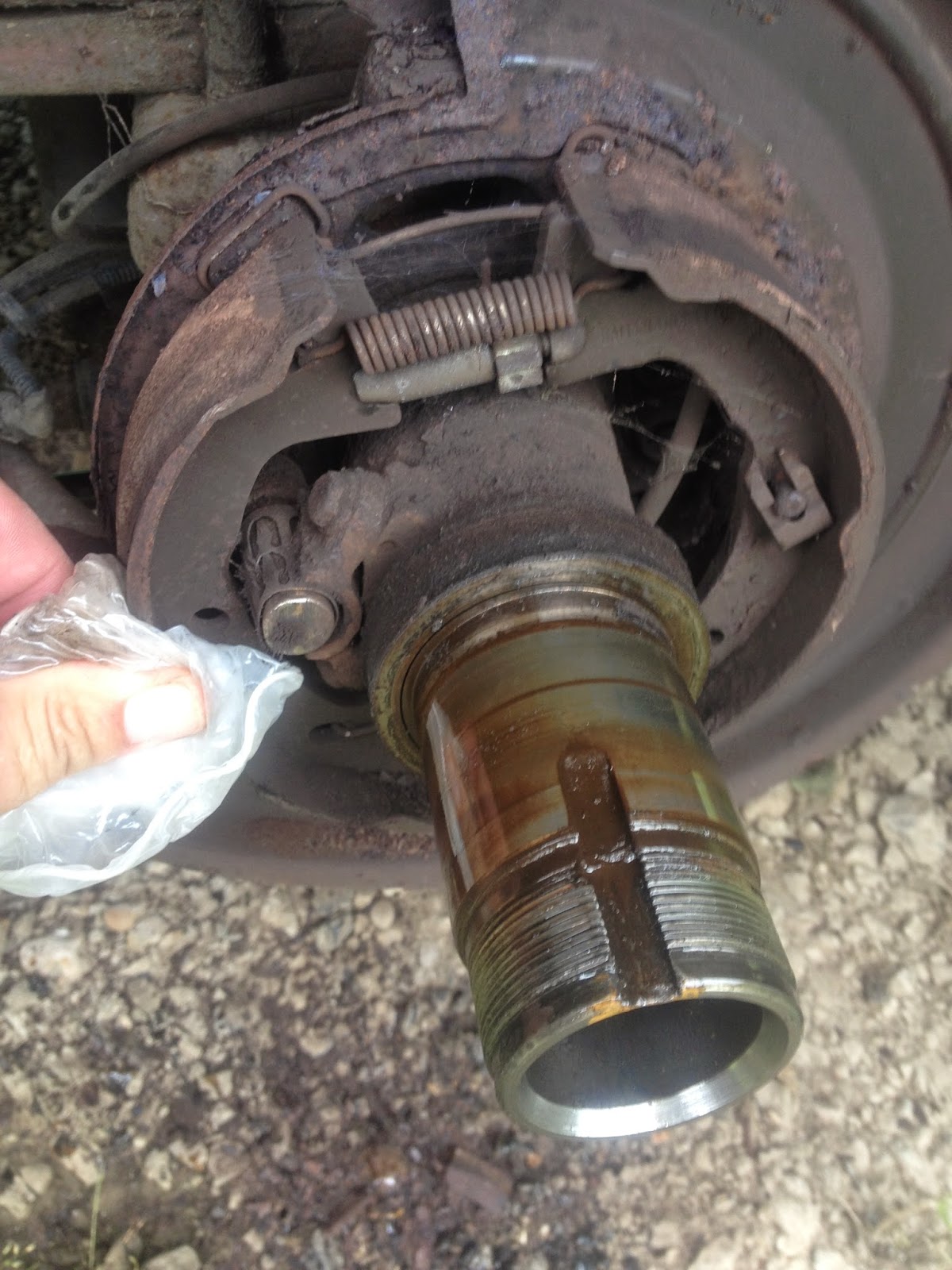 Squeaking from the back nearside led me to take the hub off and inspect the inside of the discs.

Here you can see the rust and the wear on the pads. One of the retaining clips (near the thumb) has snapped off and should look like the opposite side. This meant the shoes were rubbing on the inside of the disc causing the squeal. So while the hub is off having a new bearing pressed in I will replace and clean up the inside of the wheel. 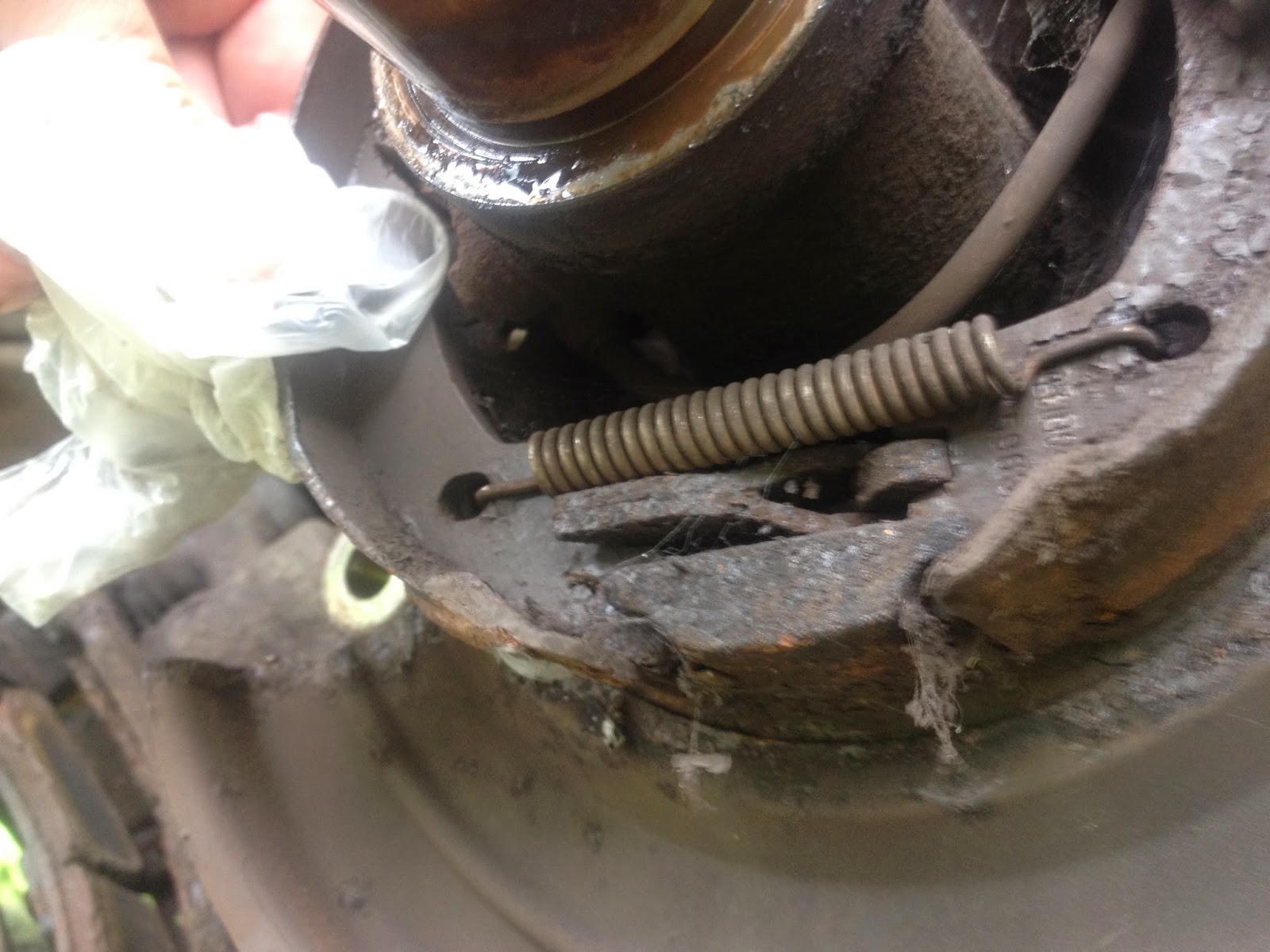 I have ordered some new flooring for the living area. A new side window and two new roof vents. Update to follow.

Once the bearing returns I will re-assemble the end of the axle.
Posted by Stealth Camper at 06:48 No comments:

I thought it was about time to change the cam belt, so put aside a day and got to it.

To start with you need the new belt and two rollers along with a tensioner.

The hard part is getting to the belt, its behind a black plastic cover behind the fan! 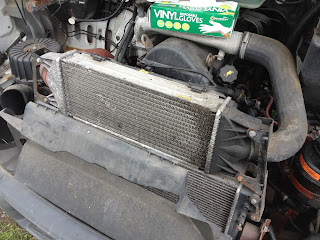 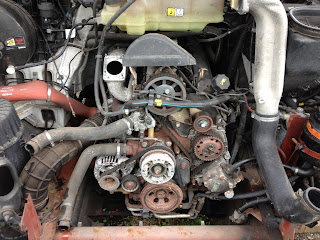 Remove the intake pipe, the top soundproofing cover, and the alternator belt 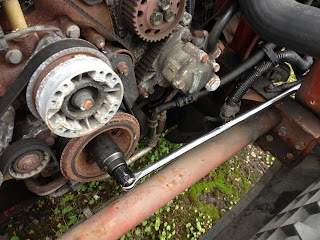 Now this is the scary bit, set up at 36mm socket and bar like the above and crank the engine over to break the bolt on the pulley 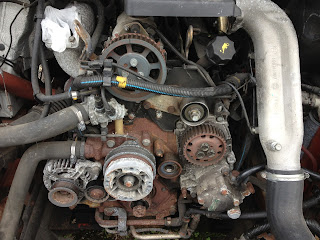 Now i know your supposed to peg the fuel pump and the flywheel and such like but i just marked the position on the block of the wheels and counted the number of teeth from one wheel to the next. 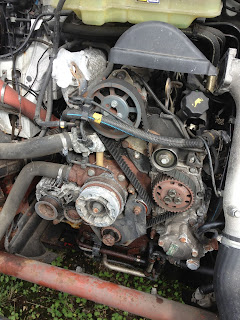 I have replaced the two rollers and the tensioner as you can see above. Hand crank the engine clockwise slowly to make sure you have the engine set up right. Then re assemble in reverse order.

Thats how I did mine not too difficult only a days work.

Runs perfectly now so on to the brake pipes next.

Posted by Stealth Camper at 09:43 No comments:

Solar panel issue has been fixed:

The silver foil connectors in row 4 of the nearside panel had delaminated causing open circuit in that row this led to no voltage getting to the controller and hence no charge.

I removed the backing and took apart the panel, re soldered it and covered the access point in sikaflex to re seal.

So far working as good as ever

I have now added labels to the control panel pictures to follow.

I have purchased two new rear wheel bearings and handbrake shoes to overhaul the rear end as I noted a squealing noise from the rear wheels, I changed the discs and pads about 10k ago so a wheel bearing is the likely culprit.

Again I will post pictures when I get to do it - probably saturday.

I am investigating fitting roof lights and vents will update on this shortly.


Posted by Stealth Camper at 08:47 No comments:

A new look for the van

Ok so I know I haven't updated this in a while as the van has been parked up in France.

It's now on the way back and due for some routine maintenance.

New shower fitted as the last one froze